The Blue Mosque in Yerevan is one of the most popular sights in the Armenian capital city and one that definitely deserves to be visited when traveling to Yerevan.  This post details the Blue Mosque’s history and all you will need to know before your visit to the religious landmark.

Brief Summary of the Blue Mosque in Yerevan

This modest, historic mosque in Yerevan was originally constructed in the 18th century. It’s called the Blue Mosque because blue is the dominant color found at the entrance and on the tiles.

While it was never intended to be a luxurious or opulent mosque, as it could never compete with the mosques in Istanbul or Tehran, it’s a beautiful building, nonetheless.

Construction for the Blue Mosque began in the 18th century during the Persian reign over Armenia. The mosque was modeled after Persian mosques, and it follows the traditions of the Twelver Shiite branch of Islam.

The original Blue Mosque in Yerevan included over 70,000 square feet of prime land, as well as a theological school, inner courtyard, and meeting halls.

Presently, it is the only remaining mosque in Armenia. The others were either abandoned or demolished. 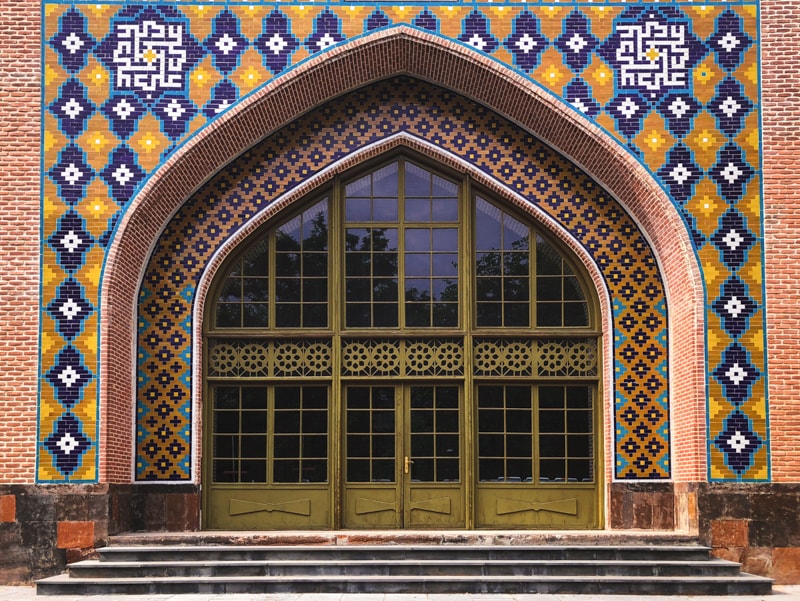 History of the Blue Mosque

The history of the Blue Mosque in Yerevan is a bit uncertain and not definitive. Its construction was ordered by then-governor Hussein Ali Khan. He represented Persian rule in the region since Armenia used to be under the rule of many different Muslim rulers in the past.

In 1760, the Blue Mosque had first started construction and was finally built sometime from 1764-68 and unveiled to the public shortly after.

At the time when the Blue Mosque was being constructed, Yerevan was merely a provincial town of around 20,000 inhabitants. A few decades after it was finished, Yerevan and Eastern Armenia fell under the rule of the Russian Empire following the Russo-Persian Wars of 1826-1828.

When the peace treaty was signed, the river Arax became the natural border where the Russian influence ended. This river is the same border to this very day.

Under Russian rule, Yerevan saw some gradual growth throughout the years. However, many of the other mosques slowly started to fall into disrepair and were ultimately abandoned. 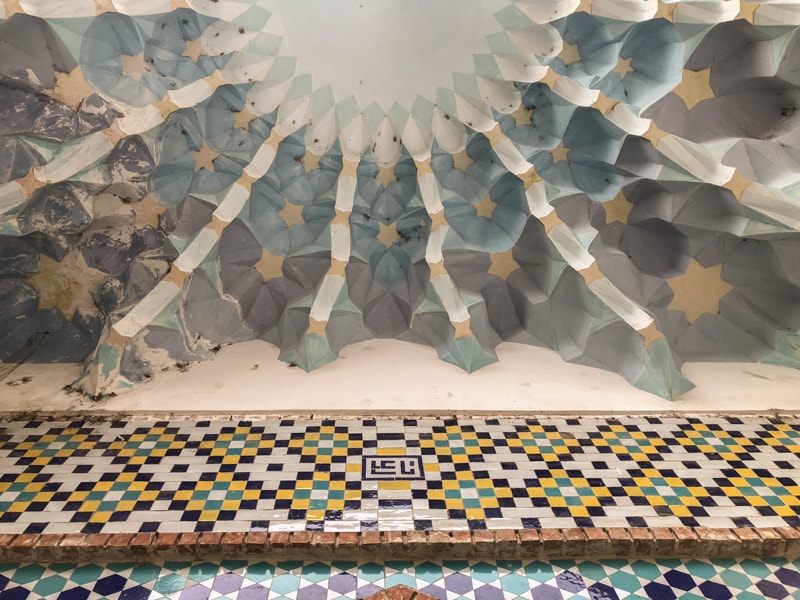 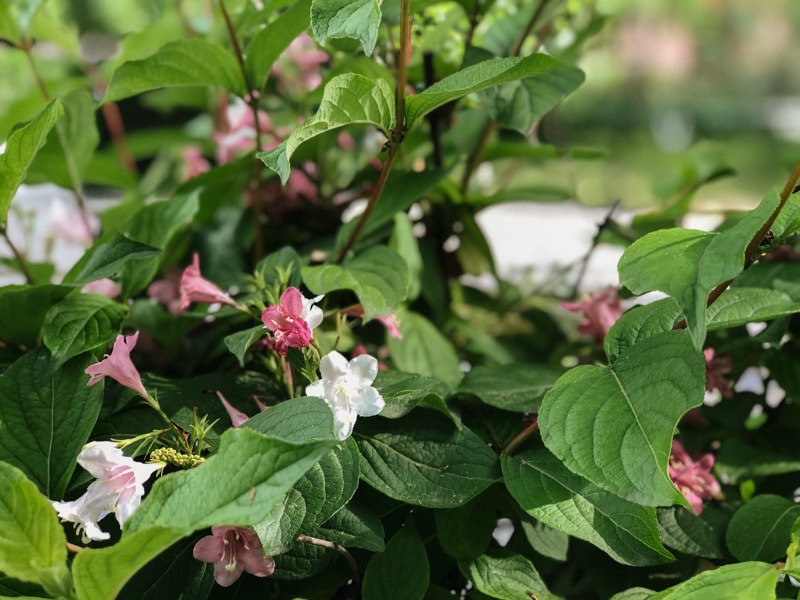 Blue Mosque in Yerevan during the Soviet-era

The Soviet Union had very strict secular policies. This meant that many religious institutions and buildings had to cease religious ceremonies and work. This extended to the Blue Mosque too. During the Soviet rule, the Blue Mosque housed the Museum of The City of Yerevan.

That is arguably the main reason why it didn’t have the same fate as the other mosques in Yerevan. By 1931, religious ceremonies were no longer allowed, and all of the other mosques had to be abandoned or demolished.

Of more than 10 mosques once existing in Yerevan, the Blue Mosque was the only one to survive the secular Soviet policies. 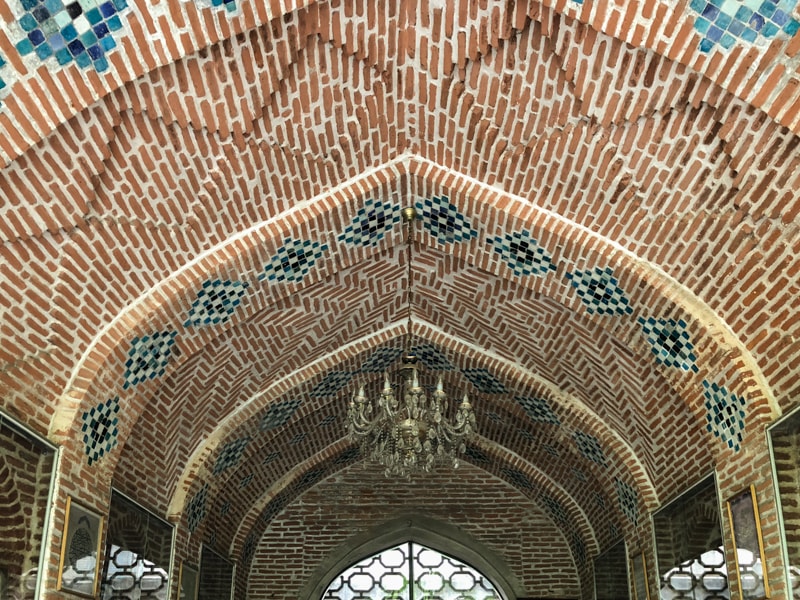 Once the Soviet Union collapsed, it became immediately clear that the Blue Mosque was in need of serious renovations. That’s why an enormous radical restoration effort went underway as soon as it was possible. That effort was funded by Iran, but it was not well-received by the critics of the restoration.

Although it was claimed that the original Islamic spirit was not preserved and restored as it should have been, Islamic religious services have resumed in the mosque. Since it was home to the Museum of the City of Yerevan, the museum eventually received its own building.

The Blue Mosque in Yerevan is now open to visitors after its restoration was completed in 1999.

The Mosque has a long and colorful history, just like its sky-blue tiles. As of 2018, Yerevan’s Blue Mosque is being considered to become a UNESCO World Heritage Site. 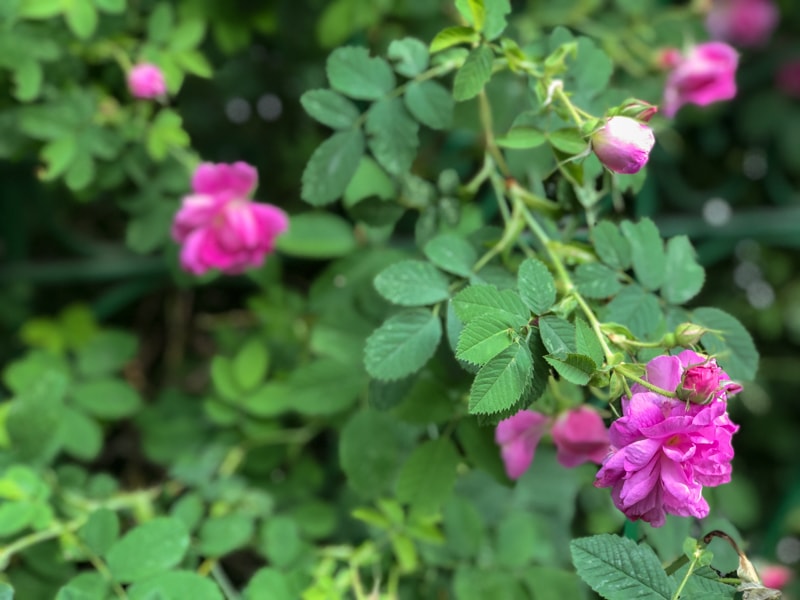 Armenia is bordered by three Muslim countries (Iran, Azerbaijan, and Turkey), yet the country’s Muslim population remains minuscule. In 2011, there were just over 800 Muslims in Armenia out of a population of 3 million people, most having come from Iran and a few, selective other countries. 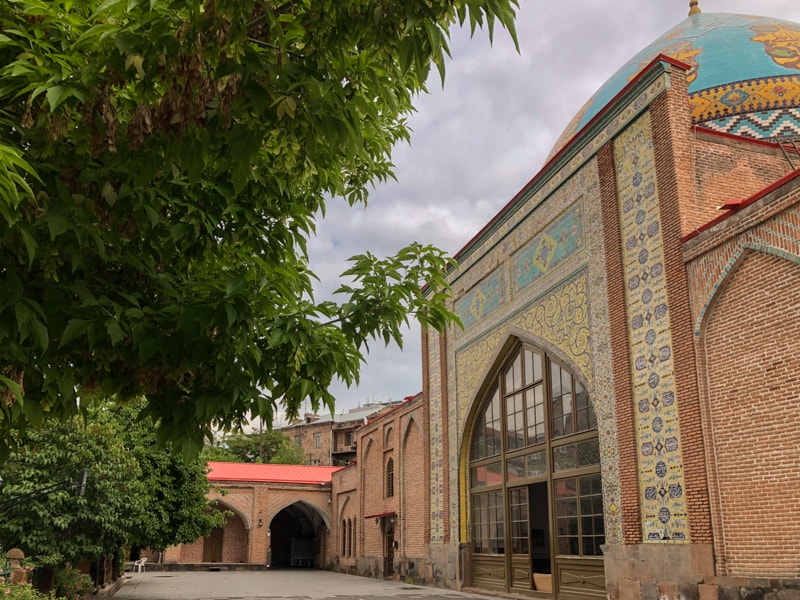 Can You Visit the Blue Mosque in Yerevan?

You are able to visit the Blue Mosque currently.  You can do so independently or on a walking tour in Yerevan.  The Mosque offers a quiet respite from city life and has courtyards teeming with flowers and trees and there are even cherry and apricot trees on the premises.

It is a relaxing place to stroll around and offers some fantastic photo opportunities.

There are gardens inside the entrance to the Blue Mosque. These gardens are brimming with a variety of flowers and trees. There are fountains and benches and it is a very relaxing and chilled out place to spend an hour or two in if you’re looking to escape the sensory overload on the Yerevan streets.

During the week, there is an exhibit of photos of Old Yerevan on the grounds that you can visit. 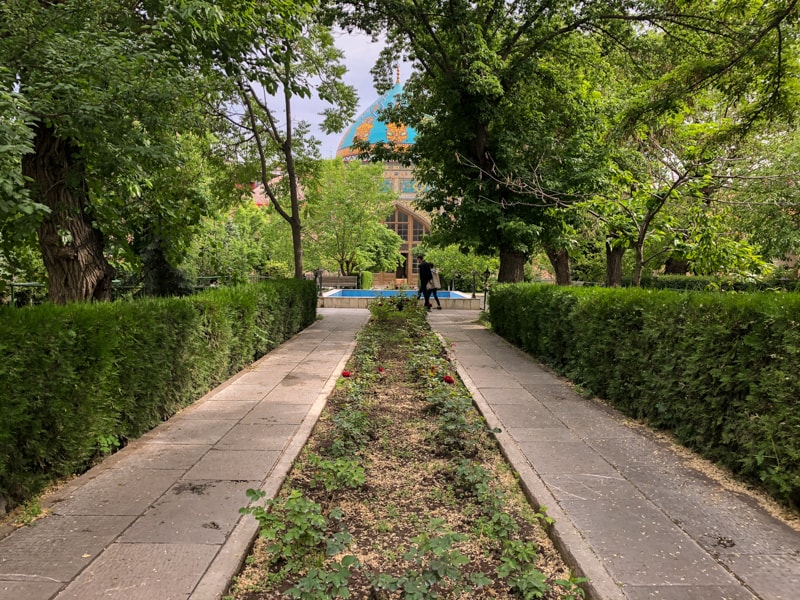 How to Get to the Blue Mosque

You can get to the Blue Mosque easily by foot and it is located at 12 Mesrop Mashtots Ave in the city center of Yerevan.  From Republic Square, the Blue Mosque is about a 15-minute walk. 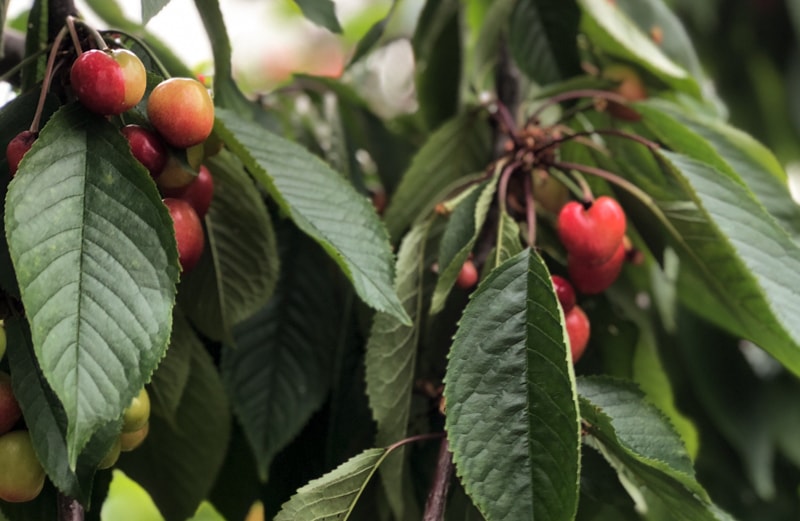 Tips for Visiting the Blue Mosque

Anyone can visit the Blue Mosque in Yerevan during its opening hours regardless of religion.  However, do be mindful and respectful when inside.  If you’re a female and are entering the mosque itself, be sure to cover up.

Do not pick any cherries or apricots from the trees or mess with the gardens in any way.  There are security guards monitoring the grounds and you will be reprimanded for your actions or asked to leave the Blue Mosque.