This post is about the world’s largest Yazidi Temple located in Armenia. We explain how to visit the Yazidi Temple in Armenia, its history, and a bit of the history of Yazidis in the country.

There are not many Yazidi Temples around the world and the most famous one is Lalish Temple, built-in 478 BC, located in Iraq.

However, the largest Yazidi Temple in the world is called Quba Mere Diwane and it is located in Armenia’s Armavir region in Aknalich village.

Yazidis in Armenia (and Around the World)

Armenia’s second-largest minority group is the Yazidis and they have been living in villages in Armenia for decades. They migrated to Armenia because of religious persecution predominately from the Ottoman Empire. During the Armenia Genocide, they flocked to villages in an attempt to retain their religion and culture.

Today, there are more than 35,000 Yazidis living in the Republic of Armenia and the largest community in the world lives in Iraq (around 500,000 people).

The Yazidi communities are mainly based in three regions in Armenia – Aragatsotn, Ararat, and Armavir.  They are masters in farming and agriculture. 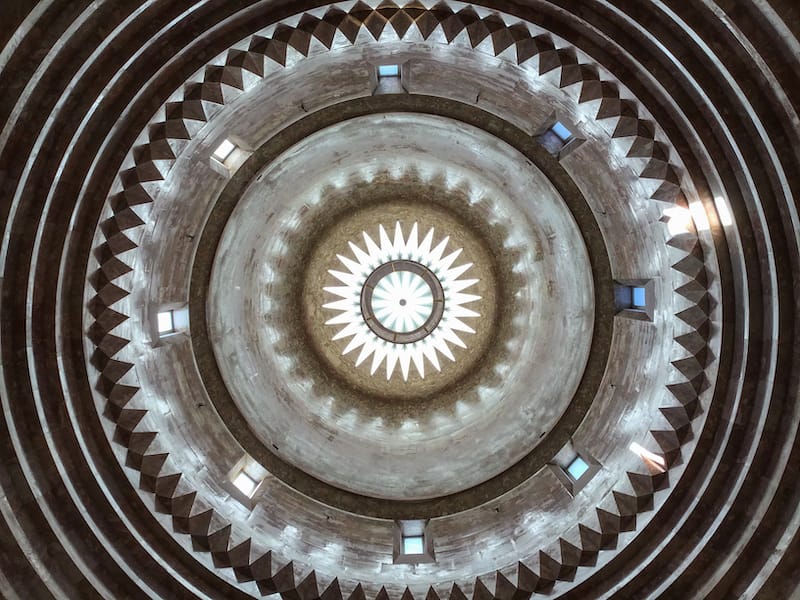 This is no exact history where the Yazidis originated but they mostly originated from Upper Mesopotamia (modern-day Syria and Iraq). Their language is called Kurmanji and they have a rich history dating back thousands of years.

The first time historian Abd al-Karim al-Sam’ani mentioned Yazidis was in the 12th-century. Their faith is monotheistic and called Yazidism and they believe in one God and his seven angels who created the world. 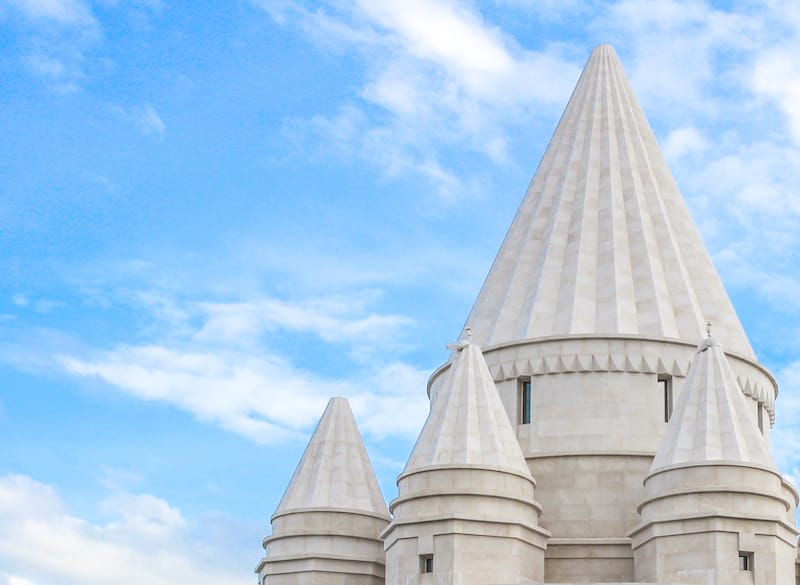 It gave a huge opportunity for the Yazidi ethnoreligious group to practice their religion in Armenia and also to be another key holy hub for Yazidis from around the world to come and visit Quba Mere Diwane. 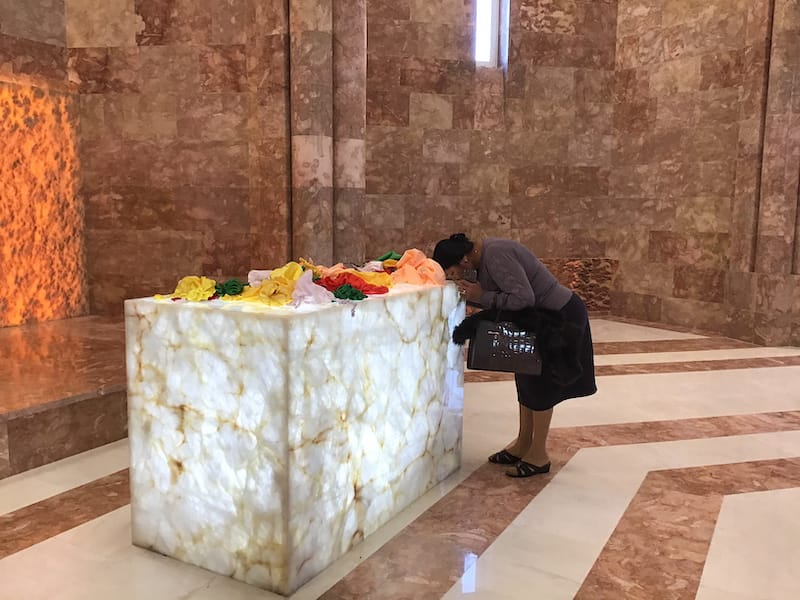 The impressive Quba Mere Diwane Temple is a 25-meter high construction made from white stone with an arched roof, massive domes, and seven smaller ones surrounding it. The building also contains a museum and a seminary.

The interior of the temple is decorated with beautifully-colored marble stone details and carvings.

In regards to Yazidi theology, one of seven angels in the religion looks like a peacock called Melek Taus, and the Yazidi Temple in Armenia is dedicated to it.

In the temple area and inside of it, it’s possible to see beautiful peacock stone carvings, symbols, and symbols. There also is a lush garden, memorial park, and ceremony hall. 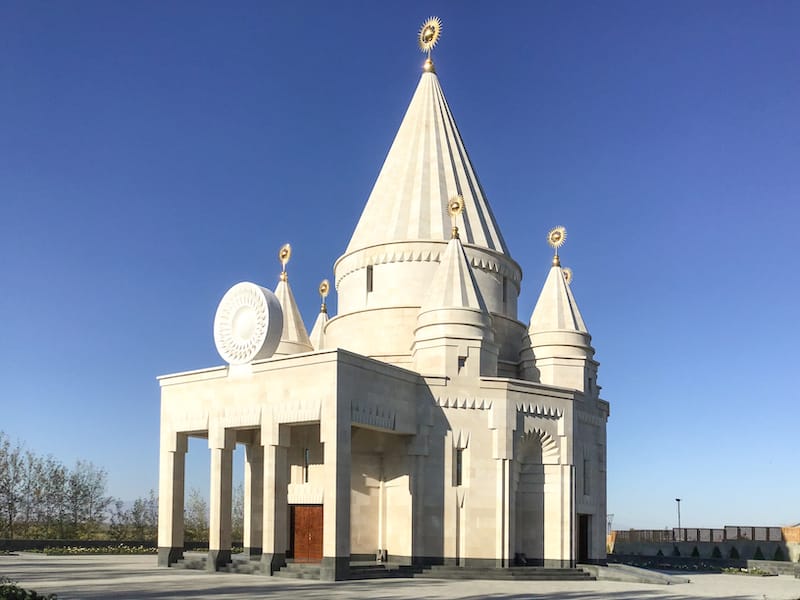 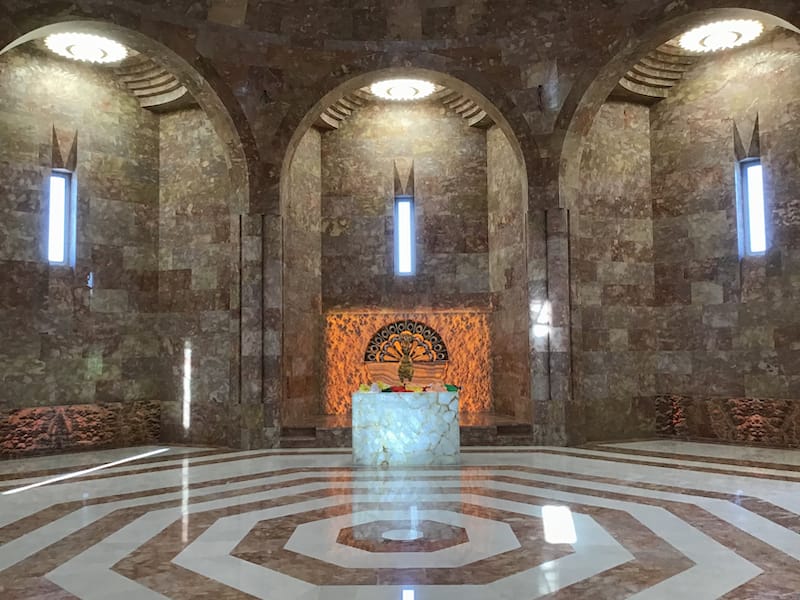 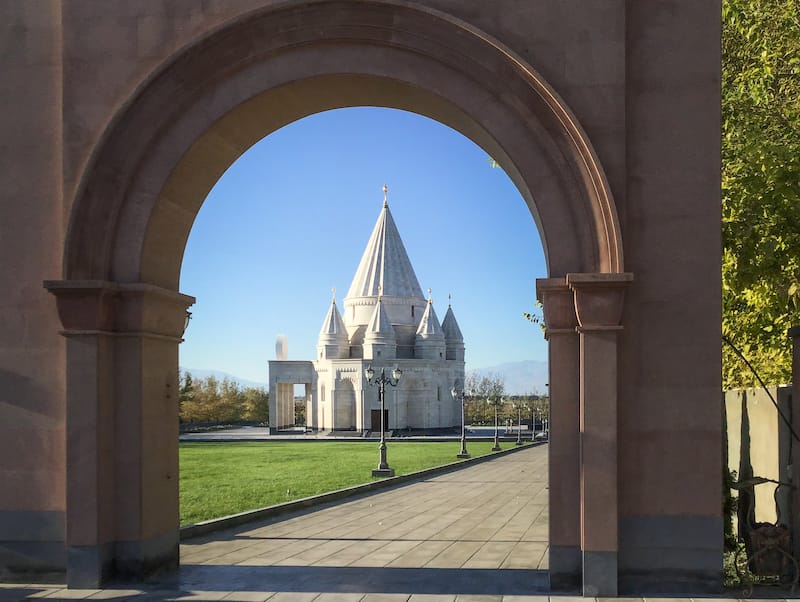 How to Get to the Yazidi Temple in Aknalich

There is no direct public transportation going from Yerevan to Aknalich but the village is located alongside the main highway that connects Yerevan and Etchmiadzin to the city of Armavir.

Travelers who prefer taking public transportation can stop at the entrance of the village on the highway and walk to the temple which is merely a 10-minute walk. It really is a fantastic day excursion from Yerevan. 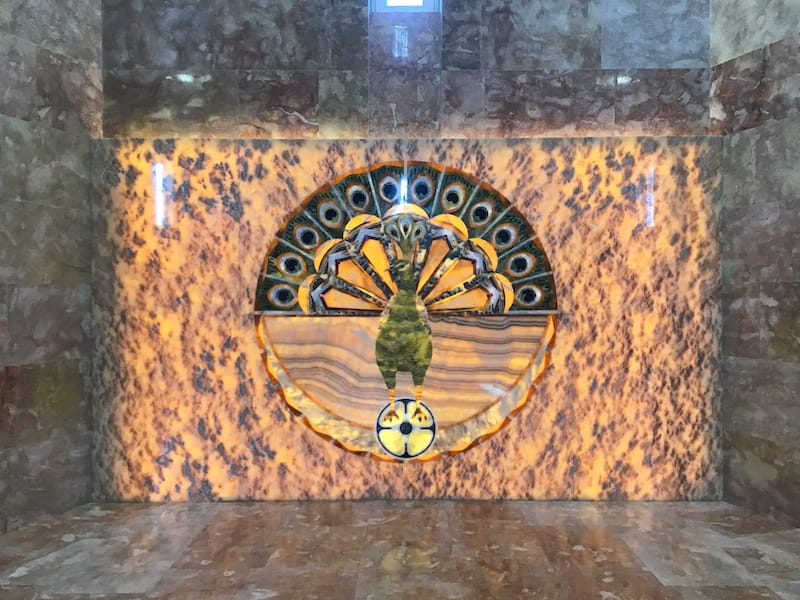 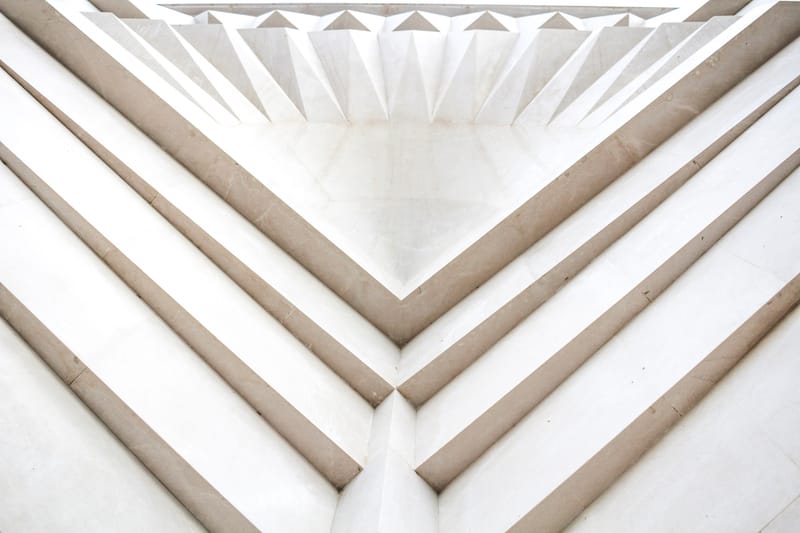 A taxi will cost you approximately 3500 AMD ($7) from Yerevan to Aknalich. That is the fastest and easiest way to get to the Yazidi Temple.

Have you ever visited the world’s largest Yazidi Temple in Armenia? Share your thoughts with us below in the comments!